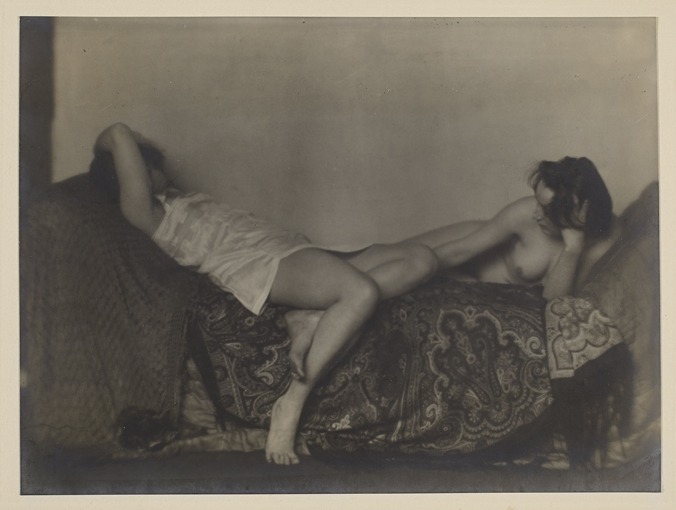 I have two oppoing reactions to Krull’s extremely problematic Wikipedia entry. On the one hand, it’s fucking captivating. Her family was rich and her father was either brilliant or a ne’er-do-well–or as such things usually go: both.

Her father allowed her to do whatever she wanted. She wanted to dress and behave as a boy. So that was that. She never received a formal education and was instead home schooled.

She learned to operate a camera and used that as her ticket to not only travel to far flung locales, she also met and befriended many of the best and brightest as far as 1920s creative luminaries. I mean can you imagine being on a first name basis with Rilke and Cocteau? Not to mention deemed peers with fucking Man Ray and Kertész by Parisian high society?

She was also known for giving fewer than zero fucks about what society felt her place should was and went right ahead and made her own way.

In other words, she’s exactly the sort of person I value most. And perhaps, stupidly, reading about her I can’t help but think she and I might have understood each other a little too well.

My second reaction to the Wikipedia article is that it’s composed much like a junior high research paper. You know when you’re just learning how to write and find some solid information and just change the words and re-arrange the sentence. Yeah, it’s like that and the source it’s cribbing from is an article by Kenneth Baker on the occasion of a Krull retrospective opening at SFMoMA in 2000.

Baker refers to her early nudes–the above is an example of such–as: satires of lesbian pornography.

Glossing over the way the author of the Wikipedia piece completely misreads the context, to Baker my response is: the actual fuck..? Has Old White Dude ever actually watched lesbian pornography?

However, if anyone other than me saw that, it gets lost in an effort to emphasize the life of the artist at the expense of the work itself. I won’t argue that Kroll’s work is universally brilliant but there are bits of it that simply have no excuse for languishing in semi-obscurity. And I feel that Baker is the main architect of this attempt to shift attention onto the artists life–which yes is fucking intriguing–but the work can and does stand on its own feet.

I guess if it were simply garden variety sexism in popular art criticism, I’d probably just shake my hand at sky and move on. But it rankles me that not only does Baker dismiss this ingenious image, he then continues with some of the most specious art historical claptrap when he insists that Krull belongs to the Pictoralist tradition. Why because Pictorialism ran it’s course more or less concurrent with Krull’s creative maturation? Is this another effort to throw shade on her being derivative?

I’m not by any means a trained art history. But I’m not blind (yet) and I know how to listen to and feel an image. And I am very curious as to why there’s no mention of her within the context of Romanticism. I know art historian’s like to keep things cordoned off and otherwise like-kind with like-kind but:

There’s also definitely some social realism–although to admit that is to demure that she was actually ahead of her time.  I can understand missing it though, it’s a social realism grounded in a stubborn humanism.