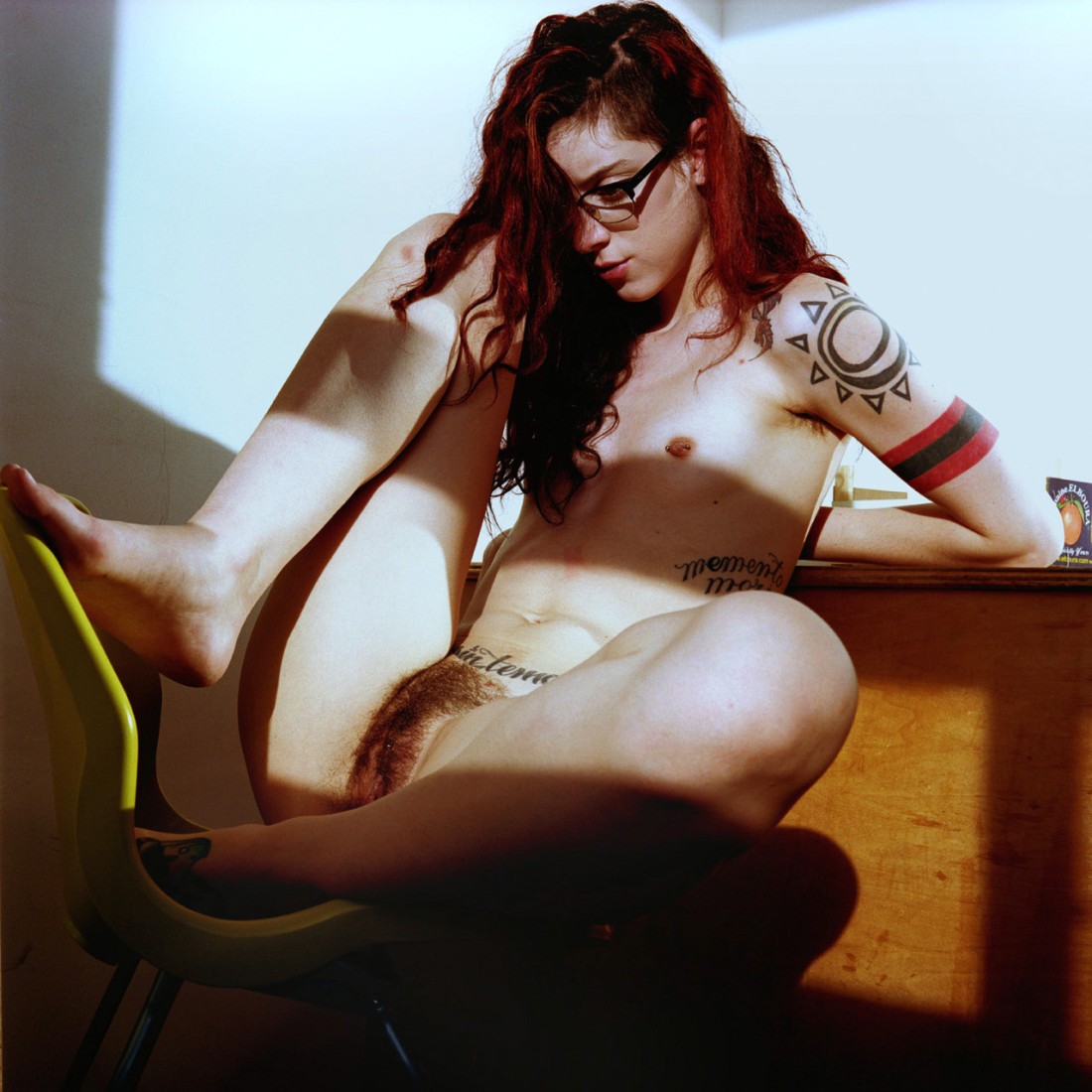 The above reminds me of a pinup photo. Or, more accurately perhaps: anti-pinup.

It replaces the manufactured glamor of Betty Grable with the (preferable to me) alt-punk body/sex positive grunge mien of Camille (Cam) Damage.

With all my bitching about how so many photographers cut up women’s bodies with slipshod framing, you would think I would be goddamn all over the pinup. (Can you recall one that doesn’t include the entire body? I can’t.)

But there are two things I find troubling about the pinup tradition. The first doesn’t apply but it lends weight to the second: in a pinup the model’s acknowledges the spectator’s gaze.

Miss Damage, while clearly aware of the camera on her, ignores it.

However, taking an existing form—in this case the pinup—and replacing its various components with their appositives does not a new form make; In other words: you can include all the thin, alluring, pierced beauties with a progressive take on body hair—and please do not misunderstand me, Miss Damage is so hot you have to spell it haute—but the result will invariably mimic the original form.

Inversion is like that, never quite managing to be subversive.

What bothers me is the inherent problem of pinups (as well as anti-pinups); whether intended or not, they serve as a metonymy wherein the whole of an individual’s sexuality is represented by a part, which is most often their sexualized body.

As much as I hate on pornography—it rarely struggles with this problem. Depicting the sex act is fundamentally narrative; it has a beginning, middle and end; demands choices with regard to the inclusion or exclusion of a mass of details.

As Nabokov noted: God is in the details.