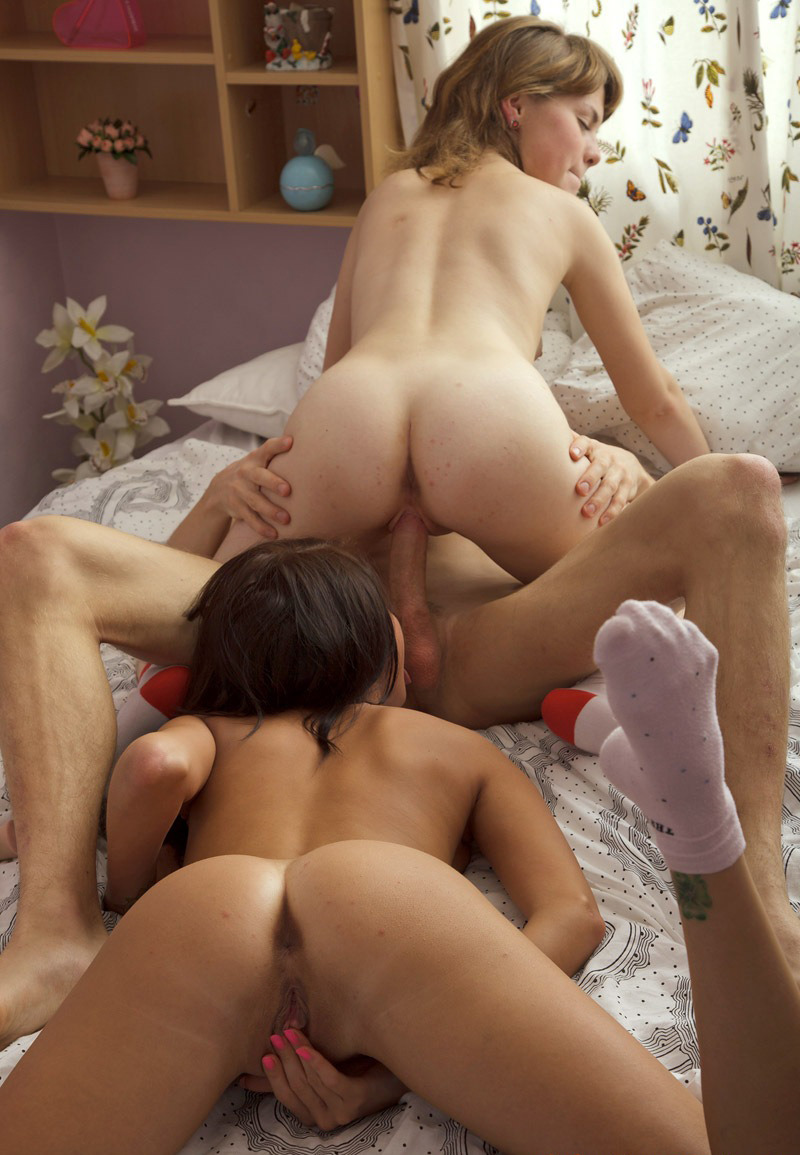 I would really rather skip the citations here because ExclusiveTeen Porn’s features a downright creepy website.

I am more surprised by how unsavory it is than I really should be considering my first reaction to this was SMASH THE PATRIARCHY!

But between the third and fourth syllable of ‘patriarchy’ I’ve registered the red outlining the lower crest of Peach’s right ear, pink flush speading through her checks. And Jesus Christ, her expression–eye closed, lips pressed hard against enamel. trying to focus on sensation, to concentrate to not lose the rhythm, holding out against surrender but want to fall hopelessly hard, now and forever.

My thoughts shift back to how bankrupt this is of artfulness or subtlety. Don’t get me wrong the more graphic the depictions of sex, the happier I am. But I just don’t see how this is anything other than an effort to cater to the basest aspects of what society whispers behind its hands is the stuff firing masculine sexuality. This fellow has two young women who are presented as focused on his sexual pleasure. (Admittedly, the rest of the series does pay lip service to an interest in the women’s pleasure.)

There’s momentary fluttery where I realize that Peach’s labia are just crowning the swollen corona of her lover’s erection and you can see his glans peaking out. That has to feel exquisite.

This isn’t art. Not even close. It’s not supposed to be. Ultimately though it’s like only being able to eat candy when you want something healthy and substantive.

I guess I just don’t understand how with a seemingly legit location with reasonable lighting and people who are willing to be photographed doing virtually anything, why more of a thought isn’t given to presentation.

Put another way: given all the same ingredients, I fundamentally believe it is possible to make art. The fact that no one ever tries is something I take a little bit like a kick in the teeth.

Not to mention it is some insufferable #skinnyframebullshit.