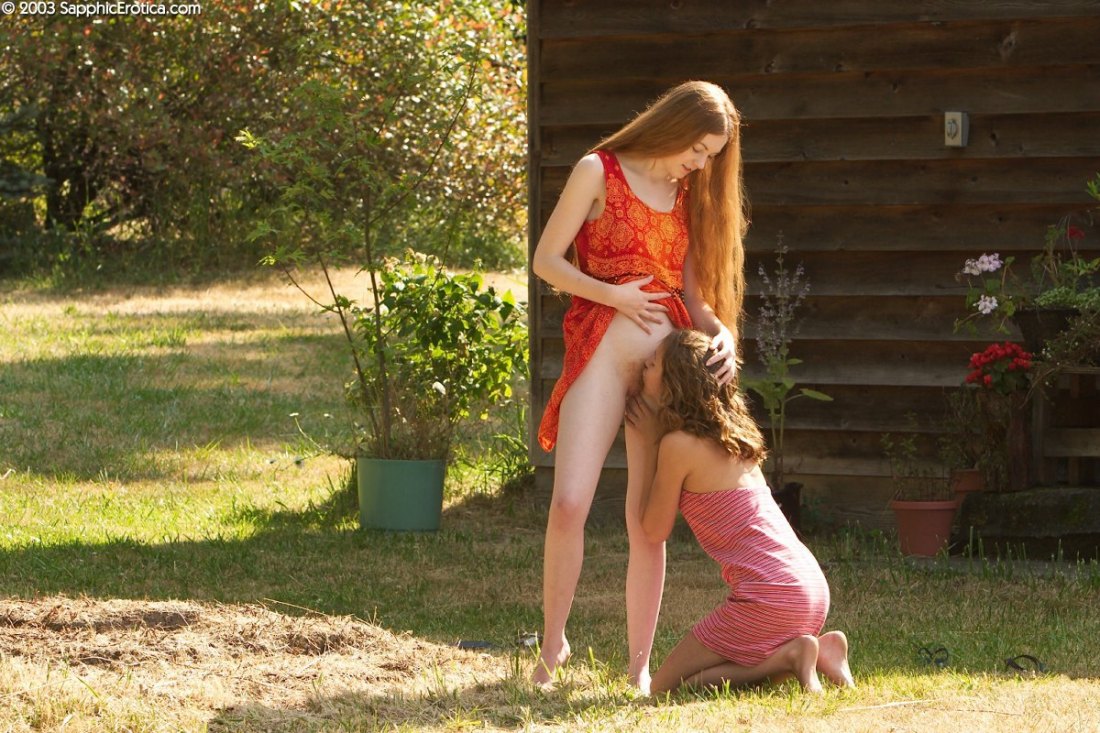 Although hardly a good image, it at least contains elements that had they been deployed with a modicum of artfulness could have easily been great.

Part of what appeals is the scale, It’s what I’d call a medium shot and what other cinematographers would likely term a wide shot, i.e. it shows both women from head to toe in their particular setting.

Now, from the standpoint of composition, this image makes no sense. There’s all that open space in the left and although the texture of the wood siding is interesting (not to mention, causing both women to stand out from the background), the side of the house being more or less vertical with the center of frame demands the women be positioned at or between the vertical third lines and the frame edge. That is unless, you align the side of the house with one of the vertical thirds–bearing in mine what the presence and absence of the sun dappled open field does. (If the side is aligned with the left vertical third, a sense that the two are engaged on the sly; whereas aligning it with the right vertical third includes more of the field and conveys that they are perhaps on vacation at a remote cabin and unlikely to be seen by anyone. Applying the question of scale to either of those suggests that in the former, the camera might ought be further back that it is here and in the latter closer. Of course, you could mix and match depending on how the frame is likely to be read by the audience and how such reading is in-line and/or diverges from the desired reading.)

But for me the thing that sells it is the fact that it’s a little awkward. I can’t say I attribute it to any artfulness on the part of the photographer. It’s likely these two were just initially a little self-conscious of the camera. Yet, instead of awkward it reads here as a vestige of the fact that so much of how sexuality is portray is hyper-stylized when in reality–when it’s at it’s best–it’s clumsy, messy and while always alluring it’s not always pretty as a picture.

I actually tracked down the video which apparently served as the impetus for the photo set from which these images emerged. The quality is awful; but it does illustrated another beneficial lesson for pornographers: if the individuals in your scene have real chemistry between them, the foreplay can be just as hot if not more so than the fucking.