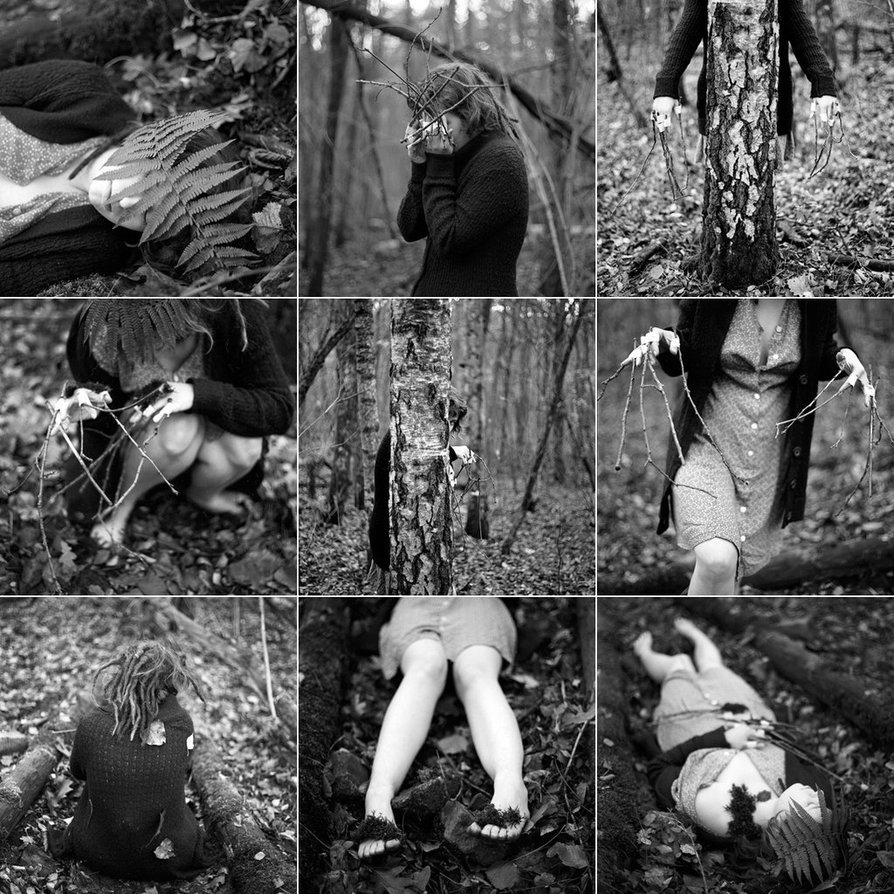 Goddamn but if Beer’s work isn’t just breathtakingly fucking fantastic (and illustrative of the point that if you’re interested in making B&W images, you absolutely have no business whatsoever doing so digitally).

I’m especially enamored with these photos because although you can explore the far ranging influence of Francesca Woodman on them, what they showed me almost immediately is what I loathe about Laura Makabresku’s work–namely the loose consensus on the purpose that dreams serve is that they process or digest the surfeit of stimulus our minds absorb. Both Beer and Makabresku are interested in oneric scenes. Yet whereas Makabresku emphasizes the contrivance of her mise-en-scene with diptychs and animals, Beer improvises using readily available materials.

By contrast, the emotive response Makabresku seeks to elicit from her audience never escapes the fact that it’s call and response transaction-ness; Beer’s photos are closer to open ended questions.

In other words, there’s a presentation of all the authentic elements of a nightmarish fever dream. But it’s a surrealism that requires imagination arising from sustained energy and engagement. Makabresku wants merely to run up and kick the viewer in the shins before running off to gloat at her ability to make the audience feel something.

Beer’s work is excellent all around and IMHO you’d do well to check it out.