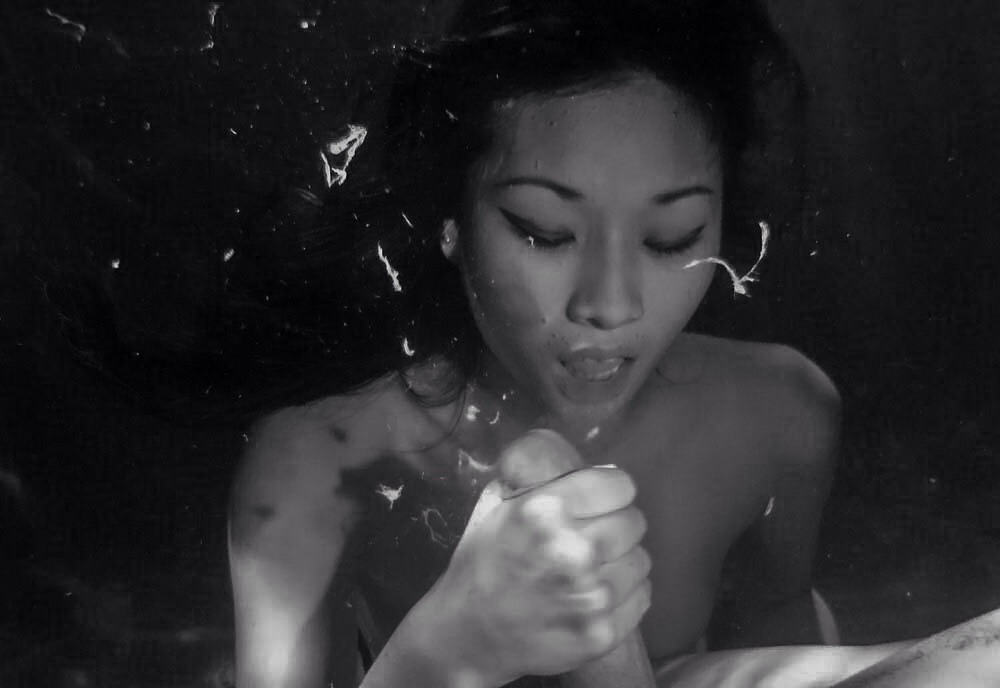 I’ve mentioned a few times already about my interested in the potential for depicting ejaculation in a fine art context.

A sharp eyed follower pointed out that I was completely off base with my initial post. The shot is underwater. Something I can’t believe I overlooked. (Apologies for the fuck up.)

Usual ejaculation is presented with a slow-ish shutter speed. Something like 1/60 of a second in a video. Maybe slower under poor light for a DSLR still This creates a sense of ejaculation as a continuous stream.

The shutter speed here is much faster–1/2000 of a second or faster would be my guess. Notice how it changes from a single string to something closer to a shotgun-esque discharge. It looks less like liquid and closer to scratches on negatives or smoke.

Further, I’m reasonable sure this isn’t post processed. The tones and shadows would be very difficult to match and you can see the shadows created by globules of semen caught in the strobe.

I think my favorite part of this image is although you can’t tell whether it’s an up or downstroke, her white knuckles and the force she’s exerting are clearly visible.