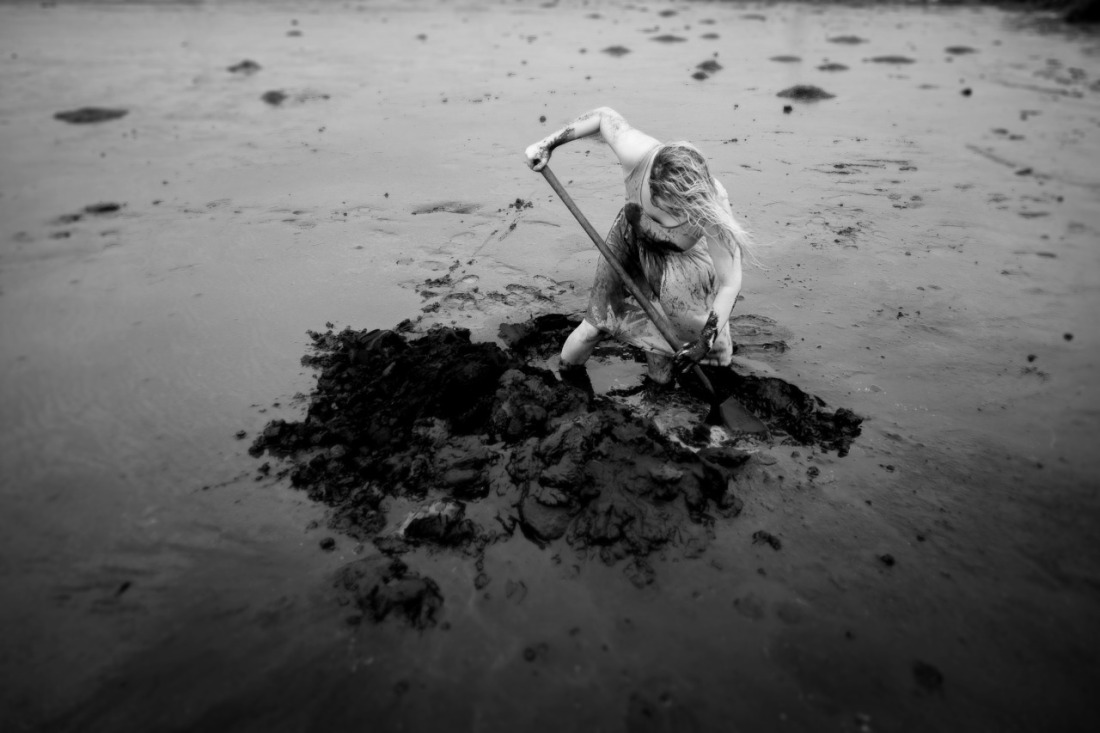 This reminds me of one of my favorite scenes in one of the best TV shows of all time: Breaking Bad.

There’s something primal about the struggle of bone, sinew and skin trying to excavate the landscape. It’s mysterious, edgy and the amount of exertion required to make any progress is damn near monumental. (I think all of these reasons feed into the trope of characters digging their own grave under the watchful eye of a menacing captor–you really can’t approach the violence done to the earth without a mixture of literally morbid curiosity and dread.

Visually, this is a dynamic image. There’s a sense of heft and twist and flex of the physical motion conveyed in the pose. The mud streaked skin and fabric as well as the earth that has been cast aside all indicate this is only the beginning of a grueling task.

Insofar as the image is logically suggestive of a time that there was not a hole in the location, the present moment where a hole is perhaps beginning to yawn (more on that in a bit) and a point in the future when their will be a deep hole, it is flirting with narrativity. However, without an indication of the purpose for the hole, it only fits itself to the structure of narrative.

I will concede that there’s a fairly good chance this image is intended to reference an Icelandic Saga with which I am sadly unfamiliar. (The fact that it appears her shovel is currently empty and also that she is standing in the hole she is digging up to her shins in water leads me to this thought.)

However, whether or not it is supposed to refer to a widely known story, the fact that it the purpose of the hole is left so ambiguous, is actually very disappointing. I can’t really fully level the criticism I want here because I don’t know where the image was headed–although it seems very confident in itself. (Rightly so, for the most part.) Consider though how–and these are all cheesy cliche suggestions–the image would improve for the edge of a treasure chest in frame or the legs of a dead body.

In fact, as I think there’s something of an edgier tone and I get an amorphous feeling that the woman in this frame might very well have thinly veiled self-destructive motivations, a composite of her digging and then her body laying on the ground would’ve proved breathtaking in its simplicity and clarity.