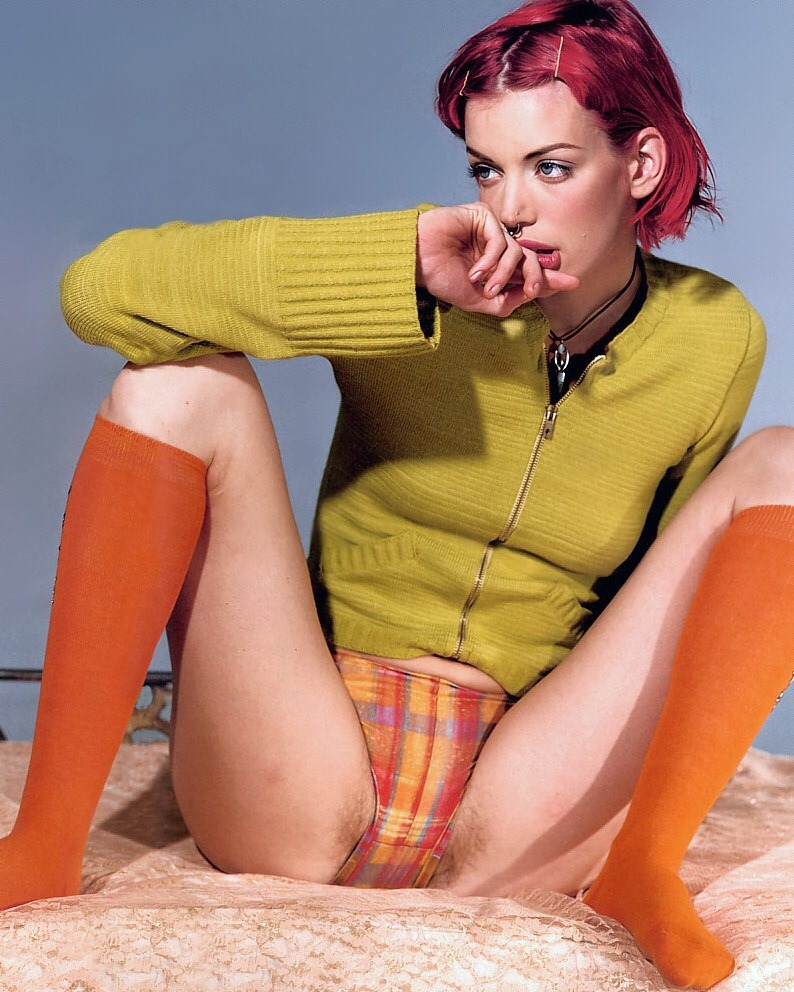 This is by no means a great photograph. The strobe mutes the edges of what would have otherwise been garish palate and the pose is over stylized to the point of contrivances.

Interestingly, both those complaints end up being turned in on themselves, transformed into functional elements. Her knickers are what ties the color together–the pattern includes the color of her stockings, her top, her eyes, her hair and the backdrop; her skin tone is of the same spectrum as the duvet. (If you want to look even closer: the offset between the predominately vertical lines of her underwear which also has the implication of horizontal lines that in turn emphasize the horizontal texture of the top.)

In fact, although the color isn’t as polished and the image appears almost forcibly restricted to the foreground, the loud color does remind me of one of my favorite images I’ve posted on here.

And although the pose is precarious, it manages to telegraph a zero fucks given self-confidence.

I also really like that this is using the form of a glamour editorial but instead of obvious airbrushing, there’s clearly visible pubic hair along her bikini line.

There’s the little touches as well, the bobby pins in her hair, the way she’s pushing her lip with her finger and her septum piercing are all thoughtfully rendered. The necklace though–at least to my eye–is distracting. The line against the neck is great but the pendant part’s metal against the black of Buck’s undershirt is like the sun glinting off something bright in the distance.