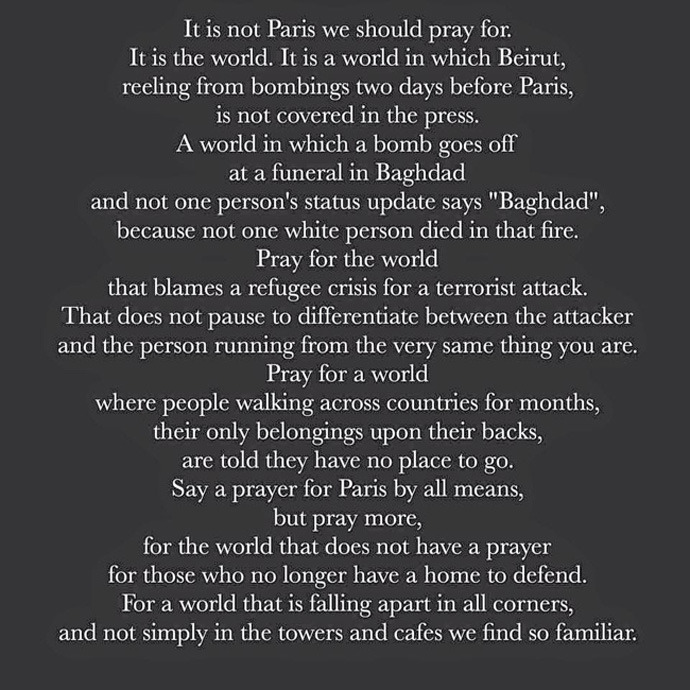 My heart–to the extent I possess such a silly thing–goes out to those in
Paris. Luckily the two folks I know there are safe.

In the same breath: while I refuse to lose sight of the
tragedy/trauma, I’m apprehensive about the fallout for Muslims and
refugees. After attacks such as these, there’s almost
always a spike in violence against innocents because of perceived ethnicity/religious affiliations.

The problem IS NOT religion; it’s
the politicization of religion. Thus, to all the assholes seeking to
make Islamaphobic hay of yesterdays events (Bill Maher, various right wing fuck wits), you are just as bad/guilty as ISIL–if not worse because you are playing at the same reprehensible game.