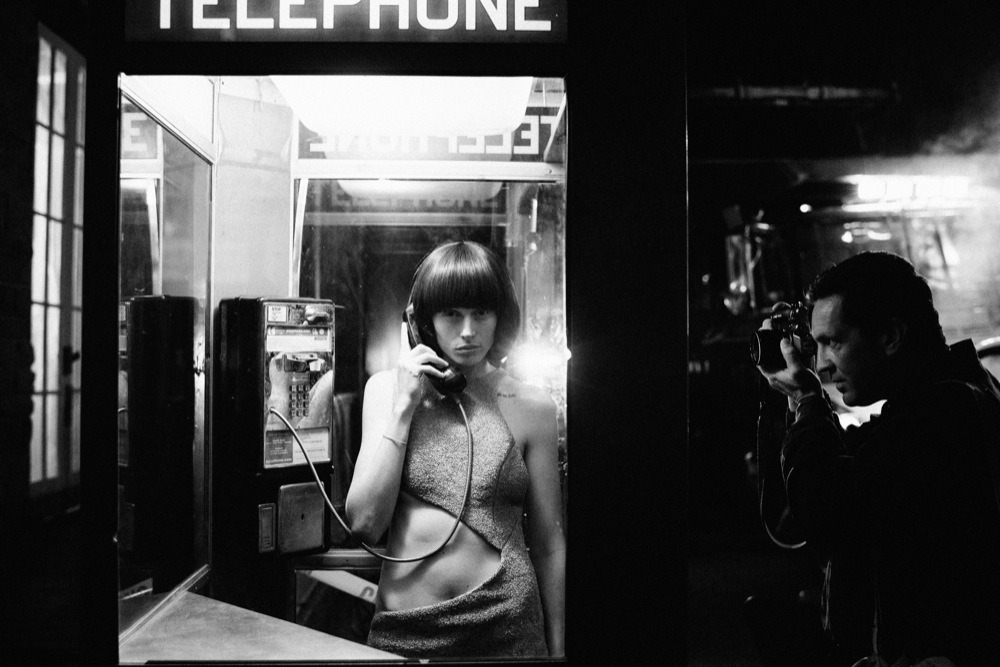 The above image has a very Blow-Up vibe to it.

And the story behind it definitely fits that perception. Interview Magazine hired Robbins to cover Getty’s latest fashion collection “Thread of Man”

I know fuck all about fashion. When I buy clothes I usually wander around the store feeling each garment between thumb and forefinger. If I like the way it feels on my skin, I consider color–I have an unintentional fondness for earth tones, apparently. If I subsequently try the item on and it looks normalish on my frame, then we’re a go.

Thus, I had no idea that Getty is some kind of Fashion world wunderkind. He’s 21 and the above image is taken from his third ever show. For it he hired David LaChapelle. (Full disclosure: when I think of the word ‘garish’ the visual definition that pops into my head is exactly half Amsterdam’s Red Light District and half David LaChapelle.)

Given free reign LaChapelle, as he’s wont to do, built an elaborate installation on a Universal Studios back lot wherein to install the show. (If you care at all, read more about it here.)

Robbins choice to deliver the images in B&W is a bit idiosyncratic to me. LaChappelle’s work is loud and unsubtle and much of how he accomplishes this relies heavily on cacophonous color palates.

On one level, this decision is prescient: diminishing the fanfare in favor of emphasizing the clothing. (The dress and the way it fits is definitely the focus of this image; the rest is lagniappe.)

What strikes me as perhaps disingenuous is that Robbins’ work features flourishes that are frequently straight out of the LaChappelle playbook–especially in her portraits featuring more cluttered backgrounds.

All-in-all this is one of those instances where upon learning the context of the image, my original opinion shifts slightly to the bad. I just can’t shake the feeling that the image maker is hiding something in a fashion that is very nearly if not fully dishonest.