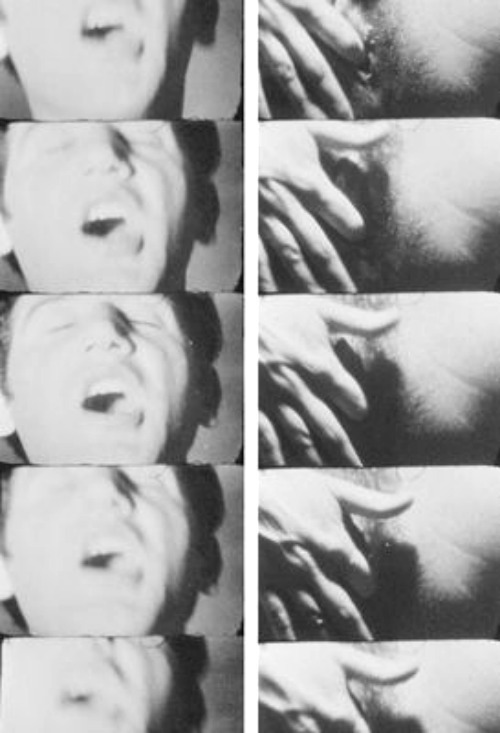 Film switches between shots of the origin of pleasure and its effects.
One of VALIE EXPORT’s first films is a brief and matter-of-fact treatment of lust. The question of whether the man and woman actually had sexual intercourse and who was responsible for the woman’s orgasm remains.