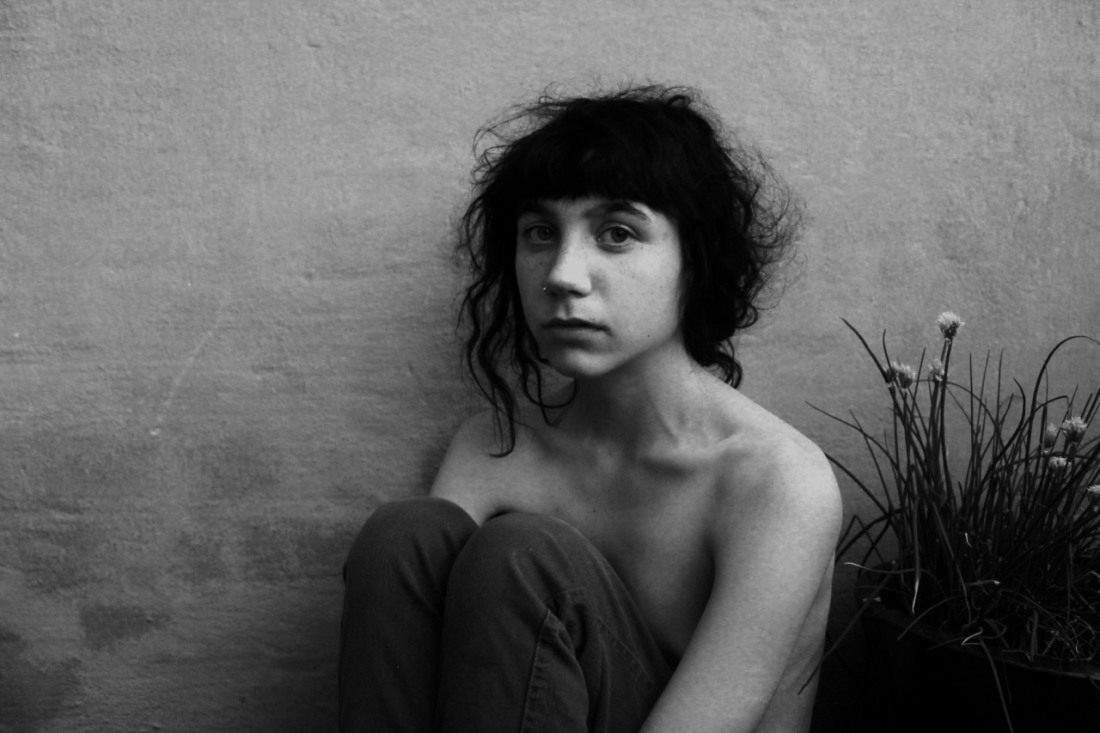 The first account is a scattershot of self-portraits (some barely legible, others jaw-droppingly acute in their deeply felt intensity and pathos) and just the right amount of savoir faire so as to court transgression without seeming posturing or pretentious.

With this first foray into the world of sharing photos on social media, it’s hard to pinpoint any pervasive influence. Although I don’t suspect for a second that someone could produce such compelling images without some sort of broad familiarity with photo history.

One thing to note is that specific, salient facets of what would become Laura Makabresku’s hackneyed style are prefigured as if in template form by Eberhard’s early work.

There’s something more melancholic about the second account. Moments of sheer joy, intermingled with a sense of crushing, isolation, loneliness. A number of her pictures invoke in me nothing so much as the feeling of being sexual aroused but lacking the motivation to address that sensation by seeking out affection from another or to opt for the route of self-pleasure.

The work grows more searching, incisive. This, for example, is an image indelibly imprinted on my visual memory.

But then the work slowed and stopped. With the exception of a collaborative project called Wild Flower–intending to show “photos of naked bodies in everyday environments to show that all people have a body and no one else has the right to take it away [sexualize/objectify] from the individual.”

The most recent Wild Flower post dates from December of last year.

As much as a adore the work of established artists like Mark Steinmetz, Igor Mukhin, Allison Barnes, Prue Stent or Erica Shires, what really excites me is work like Eberhard’s or k.flight’s.

Every time I revisit such work, I’m taken in by a new detail, a wonderfully atypical way of seeing and representing the world.

Truthfully, I think Eberhard is actually probably third on my list of folks I most want to collaborate with. Despite it’s unevenness, there are very few image makers out there whose work has wormed its way so deep into my brain.

It’s probably a lost cause but does anyone out there reading this know Mathilda? Is she still making work? Could you perhaps put me in touch with her?