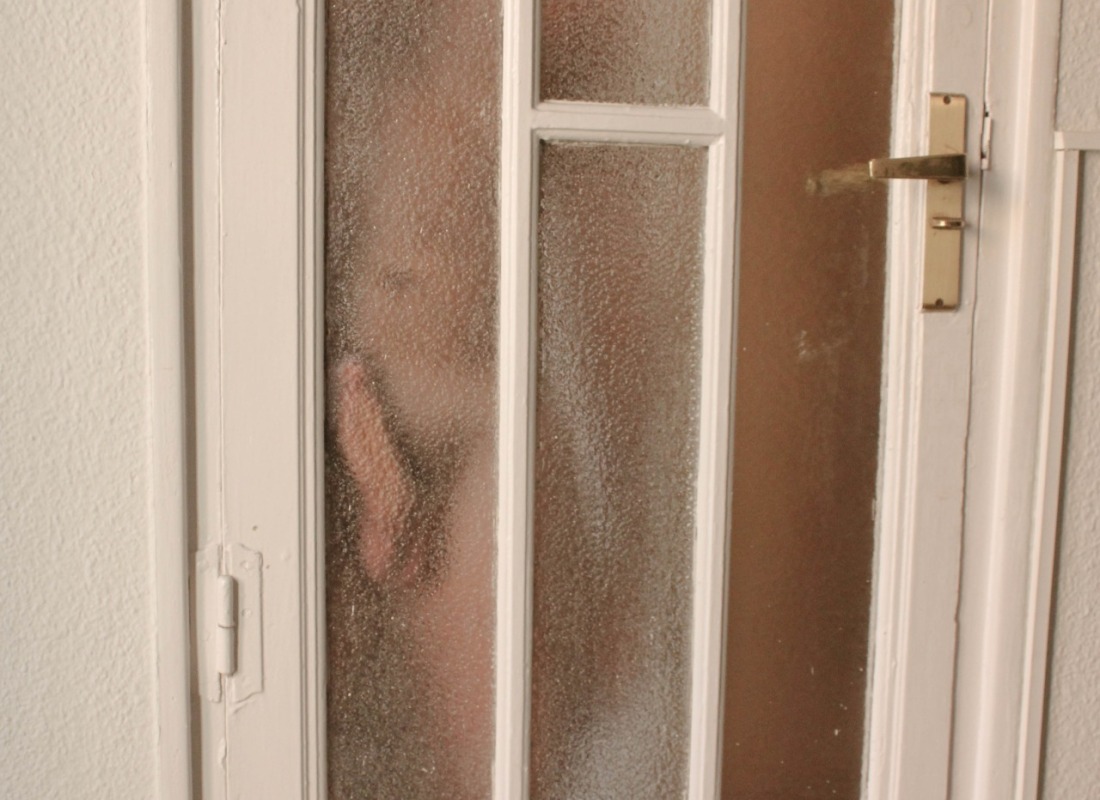 One of the things of which I’ve becoming more and more convinced over the course of my engagement with this project is that a good image shows us both some thing and something about how we should view the thing which we are being shown.

The question of what we are shown is the easier of the questions to answer. In this case we might say: a picture including a section of wall and a door paneled with privacy glass behind which someone is pressing their erect cock against the glass.

In the above image the question of what were seeing is the focus. The question of how we’re supposed to see it is muddled due to the fact that the impetus for the composition seems primarily focused on conveying clearly an answer to the question what is being shown; whereas the composition is willy-nilly. The left vertical of the door jamb doesn’t allign with the left frame edge (and I’m inclined to think the angle of view and hint of barrel distortion seems straight out of an iPhone 6.

Yes, the placement of the penis loosely adheres to the rule of thirds; however, because everything else is so wawker-jawed, your eye slides over it and then moves right along. I think that’s a shame because I think if you scratch a little bit at the what, there’s some interesting things going on.

I suppose the elephant in the room is that it’s a dick pic. But at the same time it’s unusually almost demure. I mean there’s no question what you’re seeing but there’s a degree of anonymization provided by the glass. (Implicit is the notion that privacy glass only serves the purpose for which it was designed if you are far enough away from it so that the glass appropriately fragments and blurs.

And although the composition is godawful, the door handle is at least shown as being latched. There’s an inviolable boundary separating the viewer from the subject’s nakedness. The subject is not touch the door, so the question of whether the door remains closed or may perhaps yawn open is closed off from the subject and instead directed solely at the viewer.

I also like the implication that it is possible to push up against privacy so closely that there isn’t really privacy but there’s also still not public encroachment.

In other words, this is a clever picture that unfortunately suffers from piss poor execution.