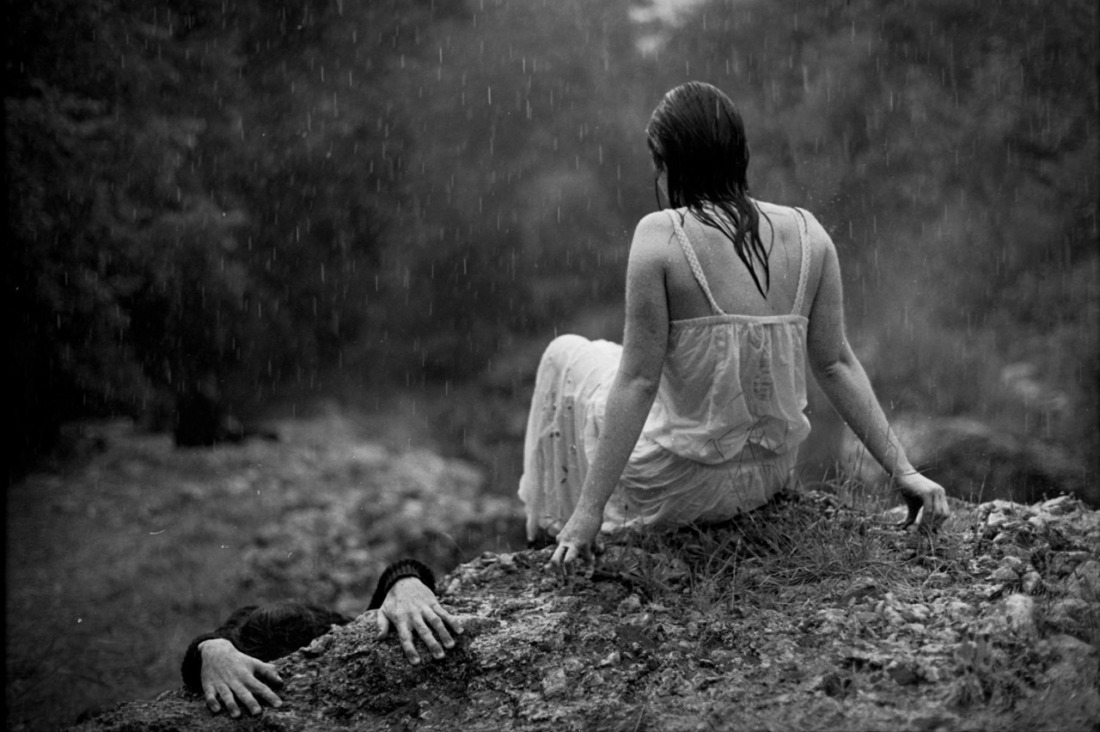 It’s probably just a knee-jerk response but there’s something about this image that feels melancholic.

I mean: yes, it’s a function of the rain; it’s also how the image is composed. From left to right, we see what is presumably a boy dressed in black trying to climb up on the rock and the young woman already atop the rock but her position there looking decidedly temporary–as if she’s going to jump down as soon as the boy manages to climb onto the rock.

It feels very cyclic–a play on the notion of the yin-yang symbol.

But looking at this I can’t help but thinking of two children on a playground. One sitting at the top of the slide and the other climbing the ladder to the slide–the endless repetition of work and reward–climbing the ladder, hurtling down the slide. Again and again and again–all day long if the bell never rang calling all back to desks, books and irritable teachers.

Historically, Mozart remains a psychological anomaly–an artist from who work emerged Athena-like, fully formed and final drafted on the first go round. And as valuable as repetition is to learning and mastery, the educational faculties insist that at a certain point, we should be able to crap out work that’s good enough on the first try. This is actually a dangerous precedent to accept. Unless you’re writing a fugue–which I can say from experience is difficult as fuck–repetition is one of many tools that contributes to the notionality of a ‘form’,

It’s a shame that we allow what we deem worthy of repeated actions generally orbits a sense of social obligation. I go to work each day in order to pay my bills. Whereas we feel as if we’ve wasted time by watching a movie we love or listening to a song that moves us for the billionth time. We feel that the former is a good use of time and the latter extravagant, frivolous–wasteful even.

However, the things that truly matter, we pursue with that same dogged child-like determination–up the ladder, down the slide. Repeat ad infinitum.