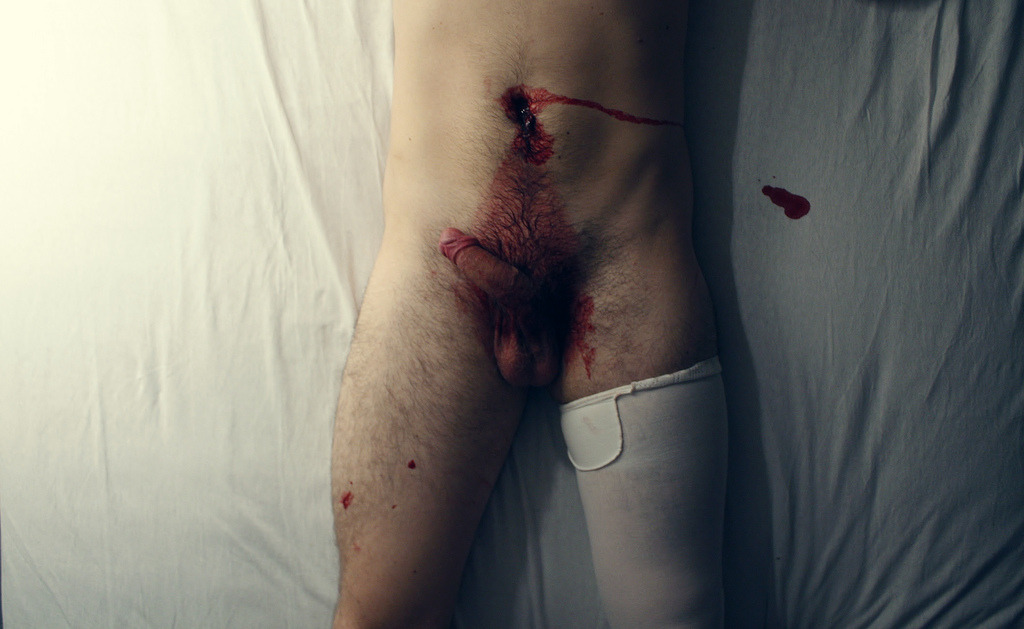 This is the fourth time I’ve featured Eberhard’s images.

I can’t lie: I am really rather fond of her work. Not all of it is good but there’s never any question as its veracity.

Mathilda Eberhard is always going to show a raw slice of her truth.

I feel as if this manifests in her work in a atypical and anti-photographic way. I am not at all sure how to say it without resorting to nebulous abstractions, so I’ll draw a metaphor: it’s as if image making is not unlike sewing. The thread pierces the fabric passes under it before piercing the fabric again to reappear. The tradition of image making emphasizes the importance of tracing the thread along the surface; and as an image maker you want to offer as vivid a glimpse of the thread as possible. It’s like Eberhard flips over the seam and then focuses on the absence of the thread–an inverted experience of negative time, a focus on the indecisive moment instead of the decisive one.

Personally, I am all about the leaning in brought by narrative tension–I want to know the story. There is no way to extrapolate any sort of story beyond something archetypally human–and therefore seemingly quotidian, mundane.

The thing is: I find myself investing far more into her work than I do with the majority of ‘narrative’ imagery. Perhaps, I have–in my own work–been looking for something in decisive moments that belongs only to the indecisive ones.