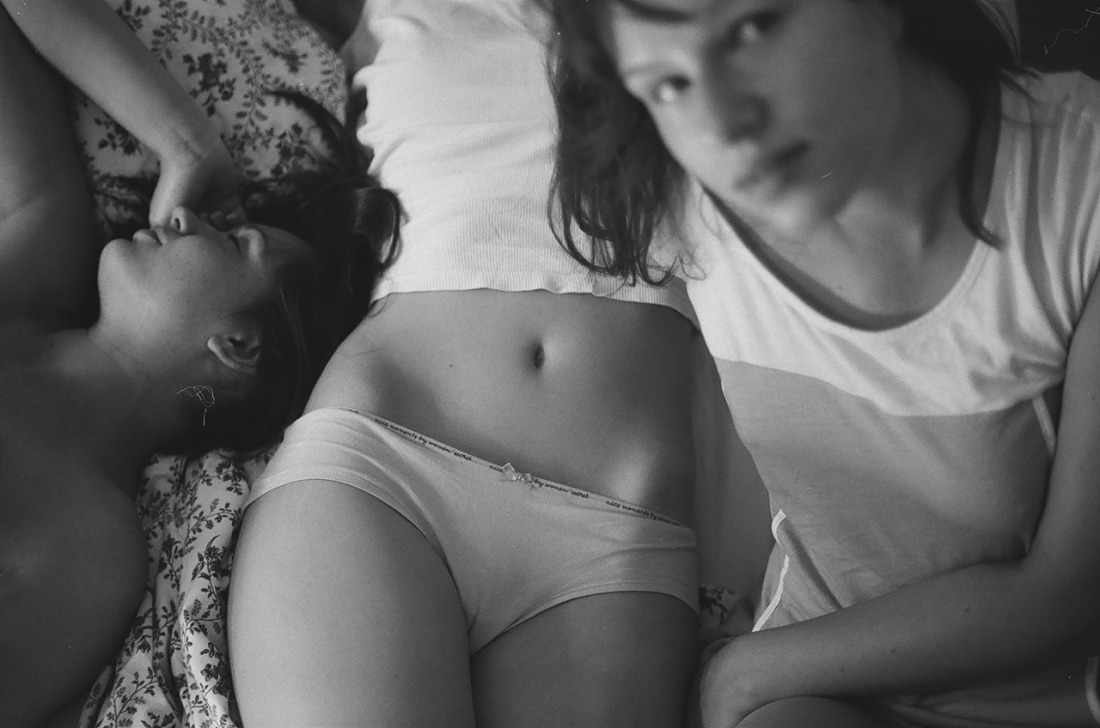 This photograph resonates strongly with me.

I am not sure it’s completely non-appropriative to assert but I feel that if I could use a picture instead of a label to express my sexuality, this would be one of a dozen images too which I’d point. (Full disclosure: I would always point to this first and this second.)

But, you may object, this image is not explicitly sexual. And I am not going to insist it is but I do think it has something interesting to say–as much as mute images may speak–about intimacy.

I don’t understand the dichotomy; either I trust you or I don’t–there’s no middle ground.

And this photography–and much of Poludkina’s work–is obsessively preoccupied with intimacy. In that her work overlaps the work of a photographer of whose work I will always be critical, Jock Sturges–specifically, The Last Days of Summer.

Both Poludkina and Sturges are interested in intimacy; but whereas Sturges primarily uses the nuclear, nudist family as a means of subverting criticisms of sexualizing pubescent youths–and to be clear just because I dislike his work doesn’t mean I feel it is worthy of censure or that it displays any sort of predatory sensibility, Poludkina doesn’t have to front load her work with the same sort of conceptual contortions. (As an aside: browsing her Flickr photostream there’s a feeling that her work is aggressively edited, distilled down to a moonshine of memories–yet instead of the memories we actually remember when we try to remember, the scope of her work reads as the memories we’d prefer to remember if we could remember to remember them. That’s unnecessarily layered and abstract but although I can’t quite articulate it the way in which the one young woman–who is out of focus–is aware of and watching the camera activates a sort of narrative insinuation. Her look somewhere between curiosity, welcome and insular reservation. The feeling of that narrative insinuation is identical to a prominent tone in maybe my favorite films of the last decade Short Term 12–it’s streaming on Netflix you have no excuse. This connection is interesting because Short Term 12 is, among other things: a meditation on the stories we tell ourselves and others and how the telling of those stories shapes our perception of the world around us.)

I feel like the strength of this photo is that unlike Sturges’ work it at least remains unblinking to the interpenetration of intimacy and sexuality.