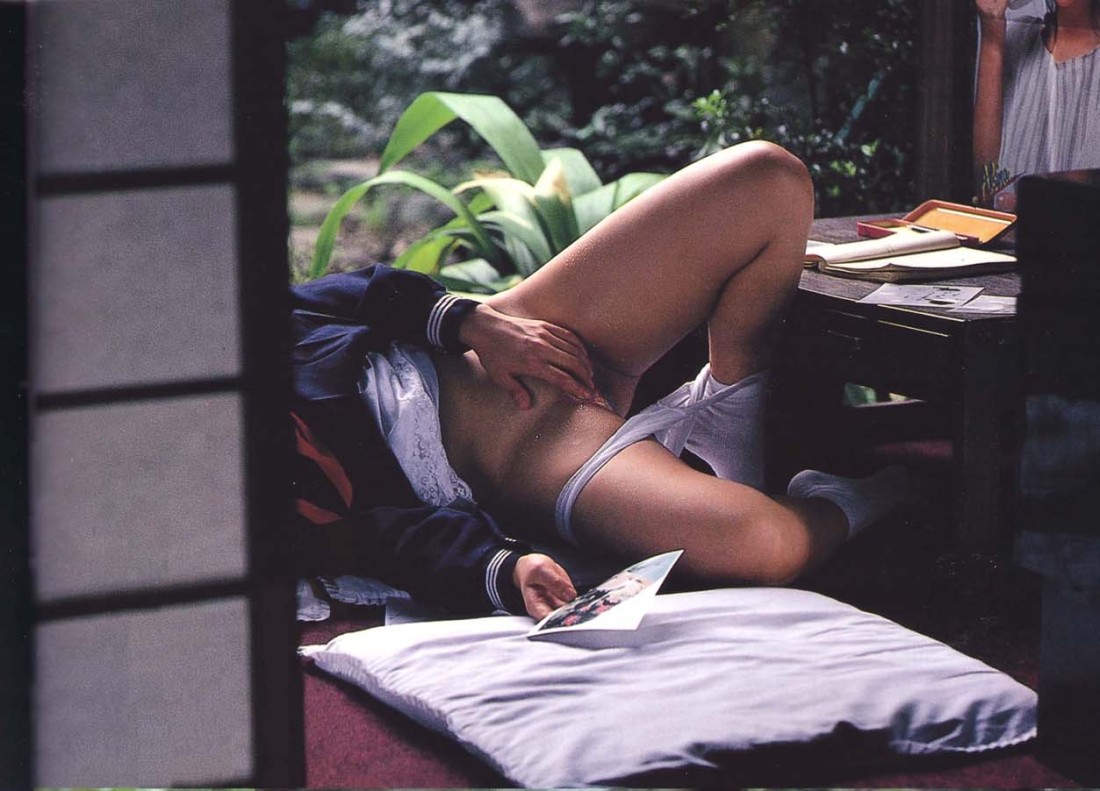 Note: the active workspace, school uniform and skin pricked with sweat. I think we all can remember a time when the heat makes focusing on work impossible and high on hormones, the ache of lust is more than one can endure; so in assumed privacy, one pushes aside various clothing blocking unfettered sensual touch–oh but what that twist in her knickers inside her left ankle doesn’t make me shiver– and sets off in search of release (however temporary).

Things run a little deeper than that though. The room in which this occurs is–in the Japanese style–open to a courtyard which not only contributes a lush and verdant green to the proceedings it also insinuates questions of public vs. private that perhaps not completely but at least tangentially implies a cast aside explanation of the ridiculous framing: someone of whom the young woman is unaware is watching her. (This does raise questions w/r/t consent–invariably experiences in life where we can watch others unbeknownst to them occur and how one responds speaks to personal integrity; however, this is too posed, the lighting orchestrated for me to believe the young woman is entirely unaware of her audience.

What the image does exceedingly well is presenting a carefully manicured fiction that invites suspension of disbelief. Two things I notice is that their is a picture of what appears to be a pop star pinned over her desk. You can’t see enough to determine who that pop star might be. In my mind–always hungry to fill in the blanks–it’s a female pop star on whom she has a crush.

The thing this does best is to show that using the frame edges to decapitate a body for the sake for the sake of preserving anonymity is the worst thing you can do. There is almost always a way to preserve anonymity in such a fashion so as not to disembody the subject.