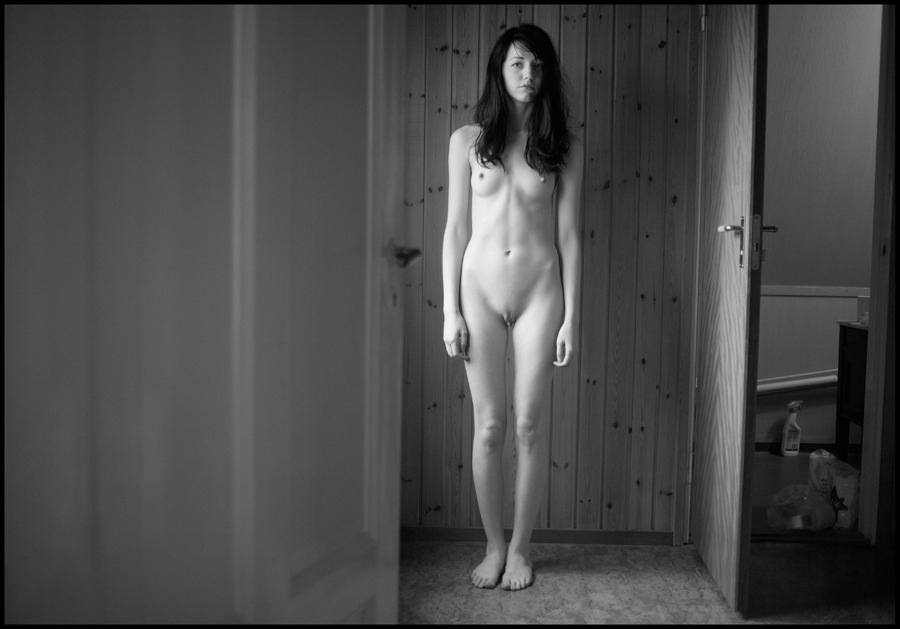 There isn’t anyone making fine art nudes about whom I feel more conflicted than Bergström.

Right off, I’m not really all that fond of his color work. The decision as to whether the image is in color or black and white seems less at issue than what film happened to be loaded in the camera at the time. And although he handles color skintone better than many, I just don’t ever feel that color contributes anything except itself to the sense of the image.

That being said, the one thing that is consistent throughout the work is the logic of the frame. I’ve never seen an image made by Bergström where I can find any fault whatsoever with where the edges of the frame have been fixed. (I do not mean to imply I always agree with the composition within those frame, however.)

In my estimation: Bergström is an extremely gifted, sometimes even astute B&W photographer. The problem with his work isn’t something I’d probably notice if it weren’t for a personal paraphilia.

It’s not that body hair is something I fetishize, exactly–although when it comes to women who choose not to shave their underarms, I’m likely to enter a pre-swoon state on site–I’m very much into the personal agency to do whatever the fuck one wants with ones body.

So I totally support Miss L’s decision to go bare. It absolutely suits her. But, then I start scanning back over Bergström’s work and it seems that he holds a definite preference for shaving or model’s who shave.

That’s fine, I guess. But it’s also disconcerting when my several of my friends who have children talk about how their pubescent daughters respond to changes in their body but feeling they are required to begin removing any hair that isn’t on their head. Thirteen year olds shouldn’t have to concern themselves with whether or not they need to shave their pubic area–there’s too much else going on at that time and extra bullshit pressure is the last thing a hormonal teenager needs.

Although in my informal count, the preference for a smooth vulva presents in about 65% of Bergström’s work, it adds a level of sexualization to the work that makes me slightly uncomfortable.

I realize there’s nudity is a bit like identity. Sometimes its just a celebration of physical embodiment, sometimes it’s political. And yes, sometimes its sexual or a veritable grab bag of other consideration. The point is–just like how someone chooses to identify–I don’t get a say in that. It’s ostensibly up to the person whose naked to decide that. Except well, when you aren’t dealing with self-portraiture, there is another person who contributes to the identification: the image maker.

I’d never think of accusing Bergström of not respecting the women he shoots–his images exude an almost religious reverence. But I am never sure if it’s a reverence for the woman as a complete self-realized, autonomous wonder who is also capable of sexual expression or a creature who due to her ability to express herself sexually is a complete, self-realized autonomous wonder.

In the case of this image–with what seems as if it might be a reference to Dorothea Tanning’s Birthday–I’m willing to err on the side of giving the image maker the benefit of the doubt that it’s the former option and not the latter.

Unfortunately, with all the work, I find myself not only confronted with beauty and skilled craft, I also find myself always wondering whether its the former or the latter that held sway in the exchange between being seen and seeing that went led to the creation of the image.