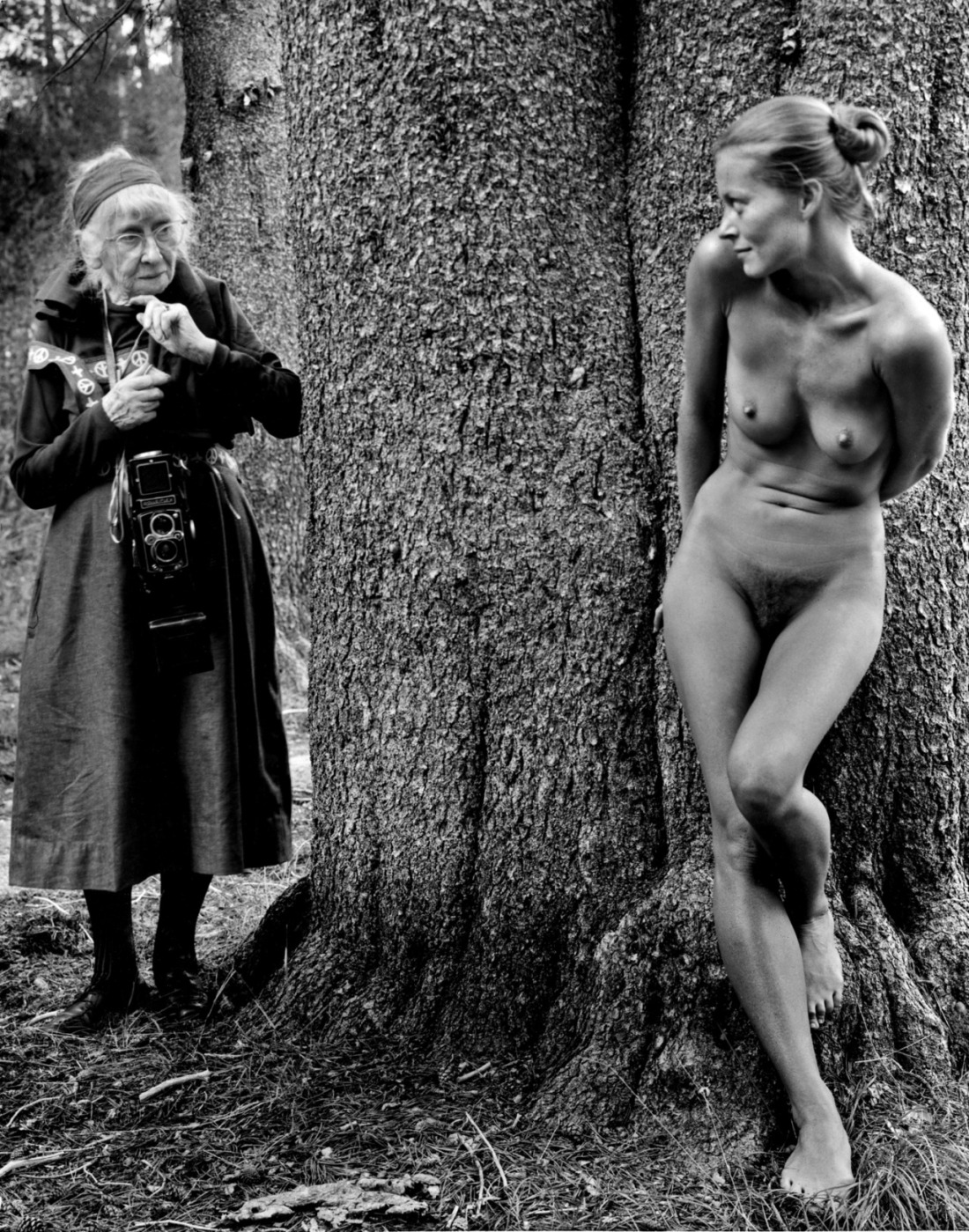 I was completely unfamiliar with this image prior to this morning. And now that I know about it, I am sort of going crazy over it.

Long story short: I came to photography via cinematography and ever since I’ve been trying to figure out how to convey a narrative within a single, static frame.

There’s a lot of folks who are similarly fixated. Fewer succeed and some (looking at you, Crewdson) don’t even come close but continue to tout their work publicly as narrative despite a colossal misunderstanding of what narrativity entails.

This image is narrative as fuck. What we are seeing is indisputable. A woman with a camera has walked around a tree and to her surprise, encountered a nude woman eying her coyly.

Given only the image, we can surmise both what led up to this event and what will follow from it: respectively, a photographer was wondering through the woods looking for a scene to shoot and now having found it she will take a picture.

But… but… (sorry, totally v. emotional ova here) that framework suggests a number of questions: who is the photographer and why is this woman just leaning up against a tree naked?

And unlike so many images that rely on the inclusion of accompanying text or a title to activate the narrative, the title here–hallelujah!!–directly addresses those questions: the photographer is Imogen Cunningham, one of the first American female photographers; and the nude woman leaning against the tree is Twinka Thiebaud.

Further the mention of Yosemite serves the dual purpose of connecting this to the American photographic tradition–Eadweard Muybridge and Ansel Adams writ all the way into the fucking margins–and grounding it in the fact that this image came out of workshop (organized by Adams) entitled “The Nude in the Landscape.”

Apparently, Twinka character was conceptualized as a woodland nymph after Thomas Hart Benton’s Persephone. (Note how this intricately compliments the fantastical undercurrent of the initial narrative interpretation as well as presents a critical and conceptual weight to the mention of Yosemite in the title–i.e. the American west and it’s relationship to the nascent medium of photograph as a new mythology.)

I’m overcome by how incomparably perfect this is. This is the model for the work I want to make as a photographer.