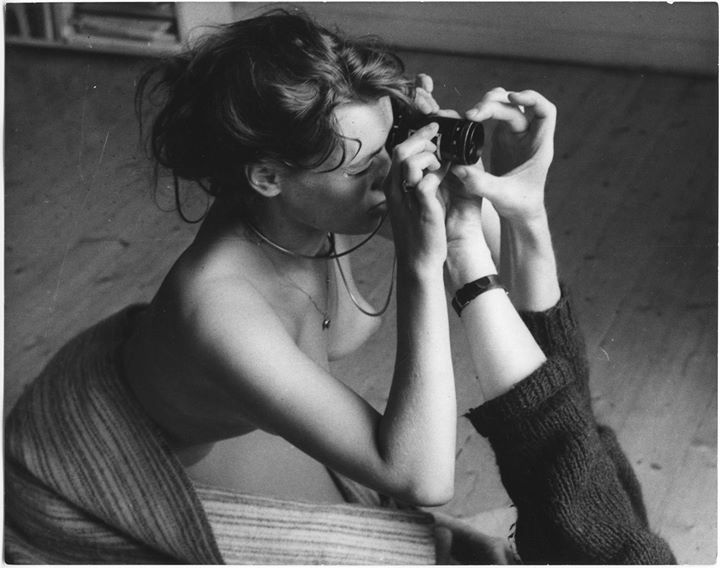 I wish I was better able to speak to this image. Specifically it’s composition–which appears like on of those perfectly inspired moments where the resulting photograph reads as devoid of any sort of rehearsal, premeditation or artfulness.

The truth is there is an abundance of all the aforementioned traits (not the alignment of the eyepiece with the angle of the baseboards, the whiteness of the black sweatered arms focusing the lens contrasted with the grey scale of the woman, the angle of the floorboards.

I haven’t seen this film–I’m not sure it’s even available. However, based upon this one frame I would wager that a prevalent theme is the challenge of sharing the world an artist sees through their mind’s eyes with another.

Also, I can’t look at this and not think of the initial sequence in Kieślowski‘s The Double Life of Veronique where Weronika is laying upside down on her bed staring at the expanse of the star filled night sky through a glass orb, which inverts and magnifies everything.