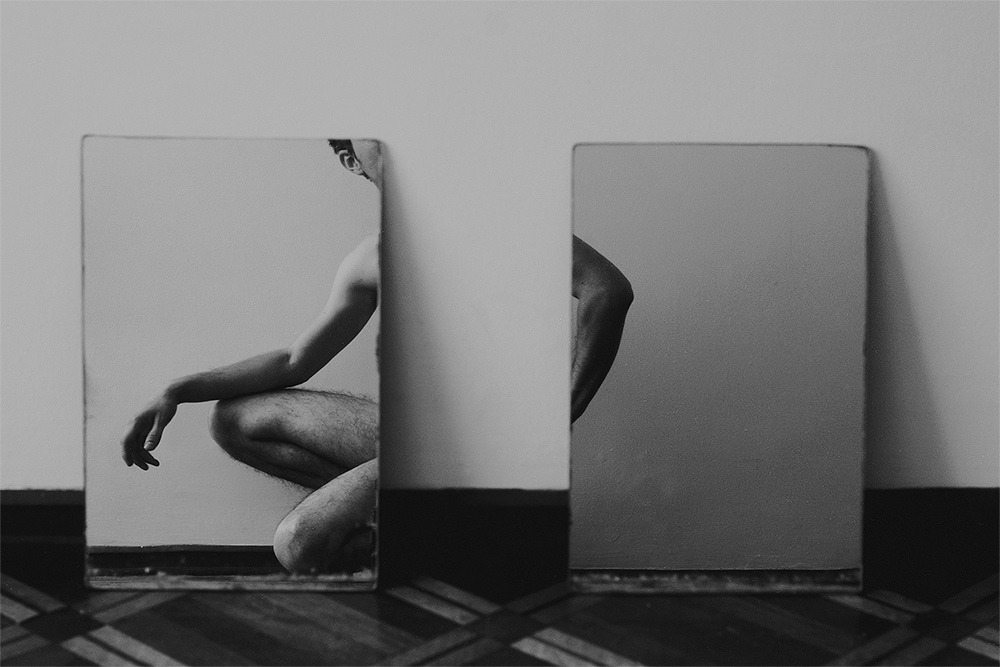 When it comes to conceptualizing my own work, I’m like the cat that has to turn in circles a few times to find just the right spot/angle so that I can drift off.

I don’t know fuck all about Franco’s process; his work suggests a calculated effort in service of established momentum following a clearly planned trajectory. In other words, it’s less novice swordsman sheathing and unsheathing or otherwise sabre rattling, than samurai who only removes the sword from scabbard with the intent of using it to kill.

What I don’t understand is that although Franco seems to possess a complimentingly developed grasp of craft, I don’t follow his penchant for restricting the tonal range in his images.

Take the above for example: if it were mapped according to the zone system, we’d have roughly 5 full tones. In this the restricted tonal range does contribute to a sense of failing half-light (which is very much in character for the piece).

However, as there is a similar truncating of tonal range in virtually every image on Franco’s Flickr, it smacks a bit of a self-conscious stylistic ‘signature’–something I find frustrating given the overall quality of the work, taken as a whole.

I couldn’t swear to it but I’m reasonably sure there’s a Lynchian influence acting here–the primacy of angles in composition and interplay between super saturated complimentary colors.

And as much as I love most of Lynch’s work, I’m reminded of a criticism leveled against me after sighting Lynch as an influence back in college. Most of the people who claim or demonstrate influence from Lynch tend to use his work as an excuse to break rules before you’ve bothered to learn them properly.

In this case the tonal restrictions do evoke a Lynchian ambiance, while unfortunately overlooking the fact that although Lynch will definitely limit his tonal range for surrealistic effect, he almost always does so by amplifying those four or five zones to the moon while still maintaining a crisp, well defined luminous range. (As just one example consider Frederick Elmes’ cinematography in Blue Velvet, especially the scene where Jeffery finds Dorothy’s husband and the Yellow Man in Dorothy’s apartment.)