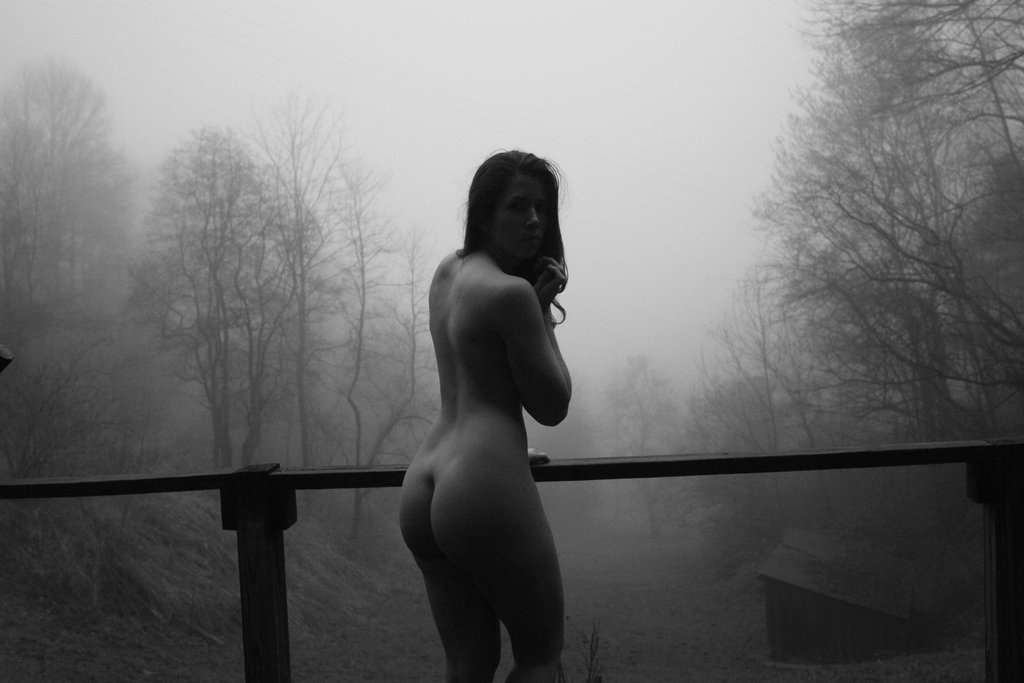 I
can’t endorse the composition on this. The lower frame edge cuts right
across the knee, the off-center left position of the subject along with
the slant of the railing and that little protrusion just below the
center of the middle left frame edge set the image askew in a way that
to my eye distracts from the scene.

However, I do love pictures
featuring fog. There’s something magical about it–the foreign in the
familiar masking of it, an ephemeral, fairy tale otherworldlyness.

One of the best uses of fog I’ve encountered appears near the end of Theo Angelopoulos’ Ulysses’ Gaze.
In the scene, fog descends on war ravaged Sarajevo, halting incessant
sniper fire–allowing folks a reprieve to walk around under its cover.
Harvey Keitel’s character walks around in a field of nearly translucent
white. It’s visually arresting in a way very few things ever achieve and
contributes a chilling weight to the subsequent events.

I feel
like what this falls short on with regards to composition is more than
made up for in tone. Only the shadows are solid. As things take on light
and shape suggests a solidity that while separate from the fog still
resembles it in texture and tone.