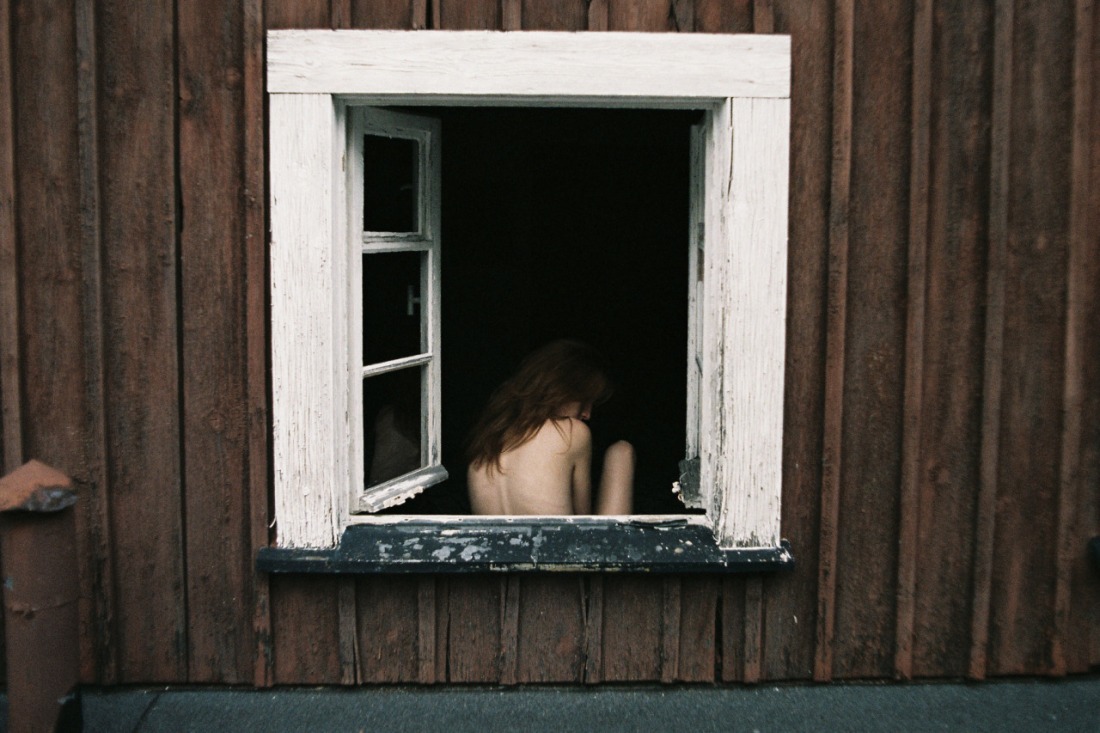 As far as photography and image making go, I can’t think of a single place in the world that is killing it like Poland.  [I actually have about a dozen pages of notes for an essay on the politics of visual representation and identity in the work of contemporary women making photographs in Poland–that’s how rich the landscape is at present.]

Izdebska work belongs to this milieu.

The image above is in one way uncharacteristic of most of her images: she usually employs a rigorously centered symmetry and then places those she shoots strategically off balance in the frame, conferring an oneiric feel to the scenes that’s straight out of mid-to-late Soviet cinema–here the camera is not square with the building; note the askew verticals compared to the frame edge as well as the lower boundary between the paneling and concrete.

It’s a small annoyance given the overall quality of the image. The limiting of the color palate is sublime and the tone that shimmers in the margin between dream and nightmare.

(In the interest of full disclosure–I probably should admit that it’s difficult for me to be completely impartial when it comes to other image makers who are also similarly transfixed with the Icelandic landscape.)