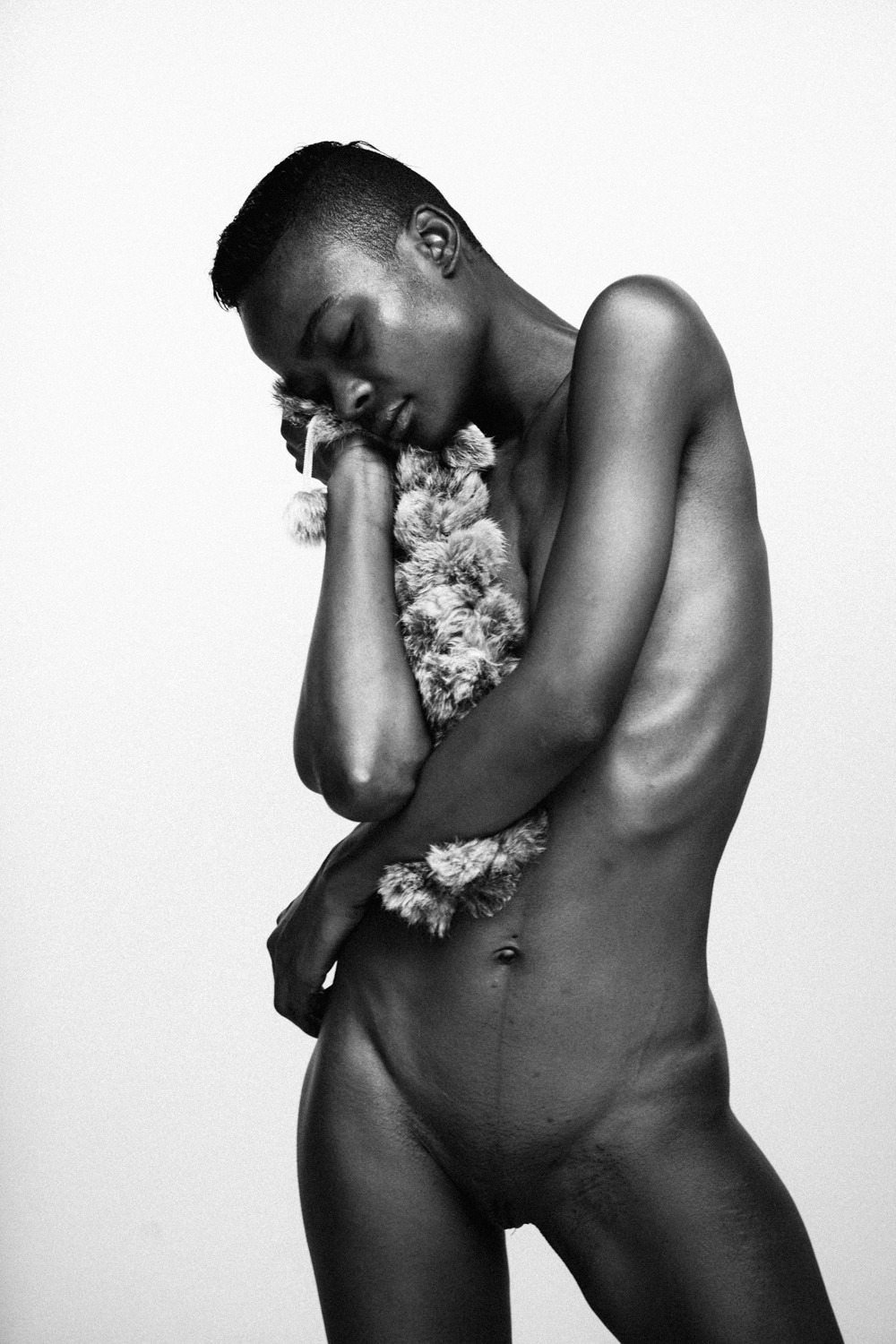 As I’ve noted several times already: a cliche is a cliche because it allows one a reasonable handle on something that is otherwise unwieldy and fraught with complications.

The adage against cliches emerges from the fact that by using them, one is refusing to re-engage with and analyze a concept that isn’t necessarily one-size-fits-all anew. In other words, the advice against cliches isn’t that cliches are inherently bad so much as their ready made-ness presents an obstacle to independent thinking.

The elements of this image are cliche to the point of ubiquity: luminous lighting kissing the skin of a nude model standing before a milk white background.

Here though, the cliche serves as a foil–drawing attention away from the elements; instead, highlight the compositional attention to shape, line and tonal form.

I’d argue it’s too dark–and I don’t think that’s a matter of opinion given that the underexposure results in lose of shadow detail in Guetcha’s hair and along the right side of her face. But it’s easy to let that sort of teensy mistake slide when the result is this dynamically eye-catching.