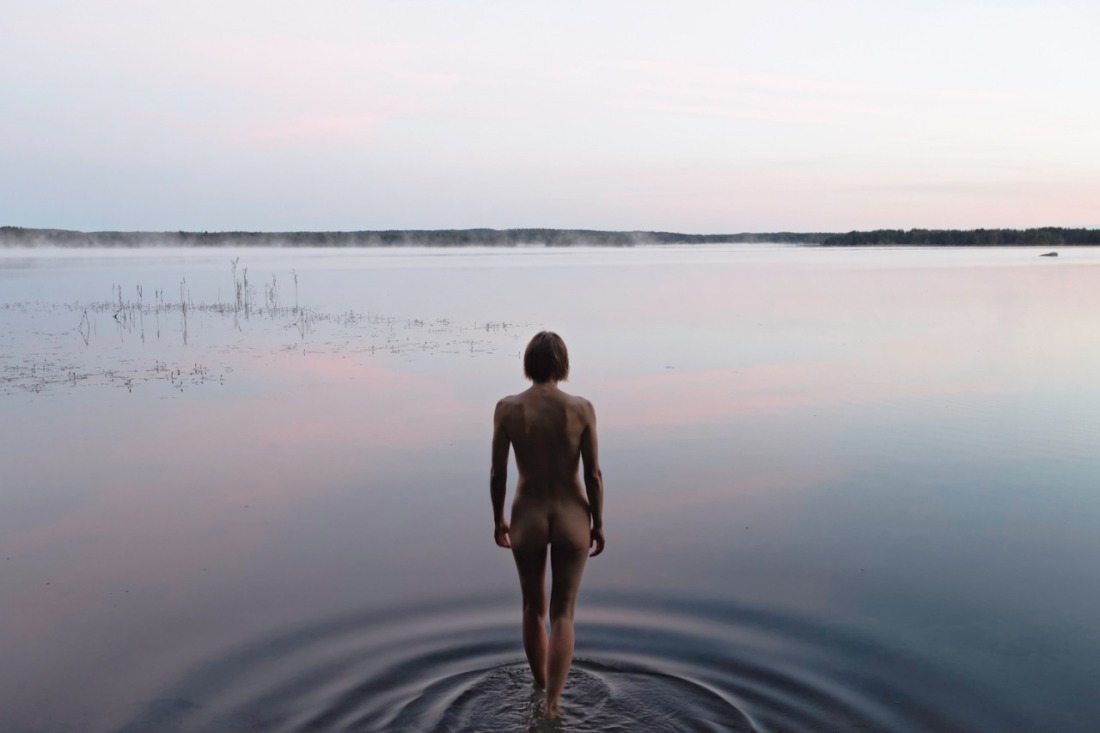 Elina Brotherus – Black Bay from Artist and Her Model series (2010)

I’m frequently asked how I know so much about art history. My response is usually two fold:

People usually tell me that by virtue of being able to identifying the latter proves the erstwhile as a fallacy.

While I can certainly follow the logic leading to such an assertion, I feel like there’s a lot that I learned that never took. Given a a list of epochal buzzwords, I can probably do a workperson-like job of putting them in proper chronological order. I can probably even identify a half dozen famous works that sprung from various movements. But it all seems so arbitrary to me, I have a difficult time applying factual trivia I memorized in order to be able to fill in a blank on an exam towards an sort of practical purpose.

In other words the relationship between/ruptures/disjunctions governing the disparity between say Expressionism and Impressionism is something about which I have a really difficult time giving more than half a fuck.

On the other hand, I am INTRIGUED by mapping the evolution of representation of 3D space in 2D (aka perspective) from Giotto to Fra Angelica through Masaccio to Perugino and Rapheal in the Italian Renaissance on to the deconstruction of perspective that was Cubism.

Brotherus’ image reminds me of Adi Putra’s Once in a Blue Moon. Yet that similarity is likely less due to influence (think of influence as pouring a portion of wine from one glass into another) than a sort of positioning in an art historical context (thing of the art historical context as the grapes that are used to make Cabernet Sauvignon, it grows virtually everywhere and is the same grape but climate, soil and other conditions shifted the taste so that two different wines that come from the same fruit taste entirely different).

The one image reminding me of another actually cued a third image. I couldn’t remember the title but I remembered enough of what’s depicted–a man, dressed like a dandy, standing on what appears to be a mountain peak staring into the clouds.

It’s not a mountain, in fact; it’s a jagged shoreline–not just clouds but also fog. The painting is of course the definitive work of romanticism, Caspar David Friedrich’s Wanderer above the Sea and Fog.

[T]he artist’s feeling is his law.

It strikes me that both Brotherus and Putra are working within a similar scope as romanticism–Brotherus is likely influenced directly whereas Putra is almost certainly unaware of any connection to the broader art historical context. (That’s an assumption but one based on the fact that I’m not inclined to suggested Putra is a fine art photographer whereas there’s nothing else that better applies to Brotherus’ work.)

Interestingly, I think a goodly amount of the work produced by internet famous photographers and their ilk actually embodies an unconsidered, knee-jerk affinity for a romantic approach.

So while I’m not 100% on board with Brotherus’ work, I do appreciate that she definitely appears to know what she’s doing with it. I just feel like her work would benefit from a shift away from a sullen reimagining of Wordsworth and instead striving for something closer to a Walden era Thoreau as itinerant nomad.