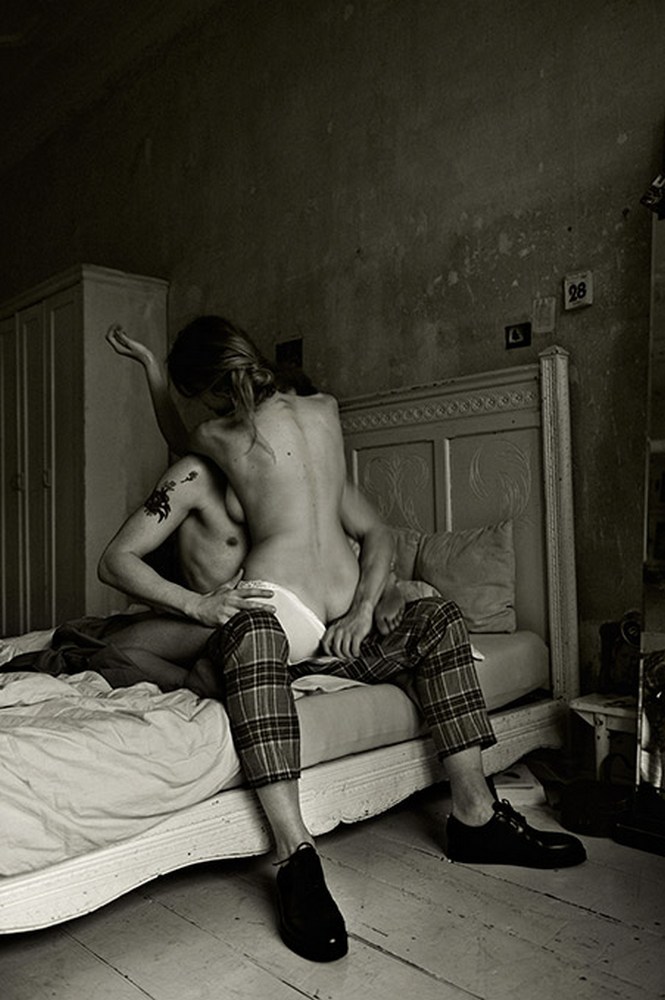 I am intrigued by the odd confluences acting in Jankowski’s work.

I’ve maintained for years that there is a Russian/Eastern European visual aesthetic. Perhaps, it’s just a psychosis from spending entirely too long immersed in Russian cinema, but I feel like there’s a certain grimy patina leavened with pre-fab brutalism, an ostentatious minimalism and an almost obsessive mediation between extremes–labor perpetually balanced against leisure, dour pessimism countering a perhaps misplaced belief in better days to come. (It’s something I’ve thought for ages–but wasn’t something I was certain of until after I spent so much time exploring Berlin. The wall may be gone and the permeability has been in place for so long that while it’s no less glaring–you fundamentally feel the difference between East and West as you move from one to the other.)

If you go solely based on his website, it would be easy to lump him in with his fellow countryman Fred Huening–there’s a large degree of overlap in their conceptual and thematic elements.

But that’s not as interesting as examining how there’s an essential French-ness to his work also. I mean the look and feel of his images is heavily informed by Cartier-Bresson. But there’s also whole cloth from Brassai and Atget.

I don’t believe it’s an unconscious affectation on his part. For example: there’s a way in which his work–at least to my eye–is obsessed with questions of revealing vs concealing. It’s not something you’d automatically get from the above image. But it’s a little more clear in this:

Further, I can’t look at this image and not think of this shot by Helmut Newton. Newton’s image hinges on lurid colors and insinuations of lesbianism; a thinly coded, sugary confection designed to do little more than superficially titillate. Jankowski–by contrast–is not interested in serving up kink for kink’s sake. Instead he shows us a scene where we’re allowed to see but are shut out from any sort of interaction. The scene isn’t for or about us–we’re just being granted an opportunity to observe it.