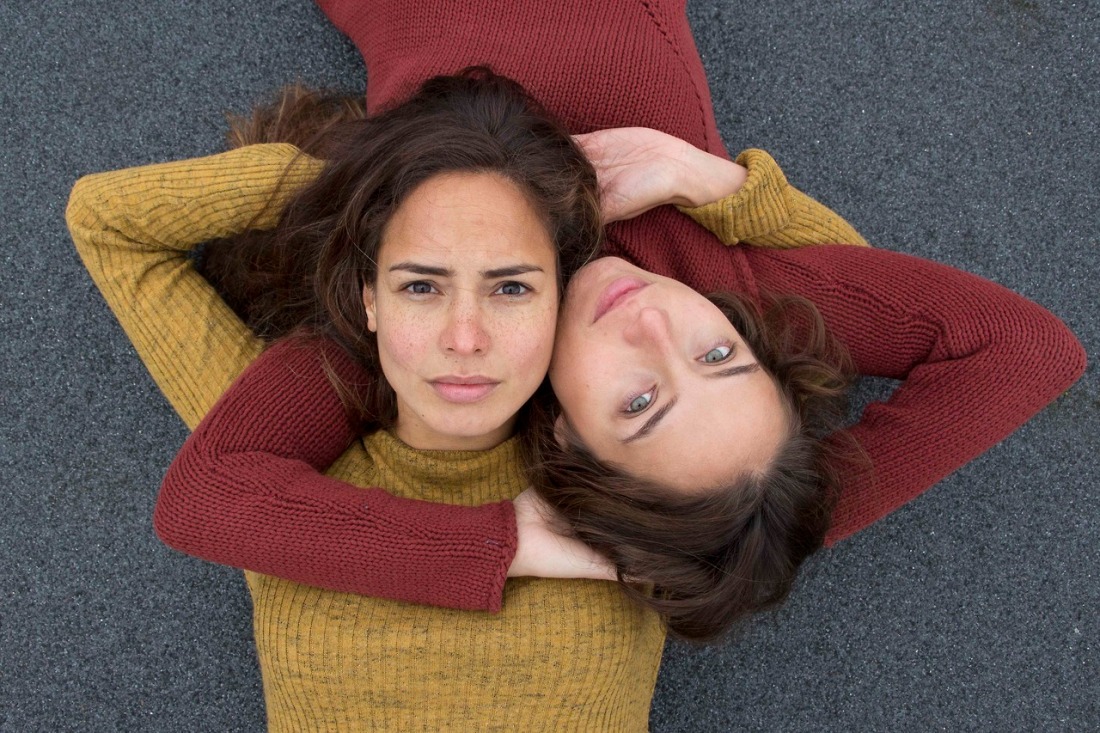 This image doesn’t so much fit with this project. I’m including it for two reasons:

Seriously, it’s really worth spending some time with his work. I don’t necessarily love all of it–he plays fast and super loose with compositional grammar and he frequently present work that’s miles of style with only a couple centimeters of conceptual depth–the two influences on his work that come through the most clearly (at least to me) are Ryan McGinley (whose work is gorgeous but almost entirely vapid) and Yung Cheng Lin.

No matter: Dabush’s work is all capital Q Quality (as far as I can tell).

I’m especially interested in this because of the texture. The tightly knotted pile of the carpet as a backdrop for the linear forms of the ribbed knit pullovers against the softness of the women’s faces.

The .exif data on this was not stripped prior to upload. Take a gander:

The 29mm focal length suggests this is a zoom lens.

There are two kinds of lenses: prime lenses and zoom lenses. The characteristics are not interchangeable but let’s consider Canon’s 28mm f1.8 to establish some sort of framework.

The minimum focus distance for the 28mm f1.8 is .25 meters, a bit under 1 foot. Thus, with the lens dialed into the the nearest focus, something .25 meters from the camera will be in sharp focus.

As the aperture narrows, the depth of field increases. Thus, given that this is already a wide angle lens and the aperture is stopped down slightly less than halfway, you’ve got a reasonable slice of the area of view in focus. To say it another way, given these settings it would be difficult for you to not capture a frame that is in sharp focus.

What’s interesting and artful about the way this frame is handled is–unless my eyes deceive me: the camera is focused so that the majority of the area in focus in the frame is actually behind these two women. The carpet is very sharp, the sweaters still sharp but maybe a touch less so and you get an additional, softening flattering affect on their faces due to the fact that the near focus is just beginning to go a little soft.

But there’s a third element to what makes this work that is even more notable: color.

There’s this notion named chromostereopsis–it’s basically the idea that red advance and blue recedes, aka why 3D movies are a thing.

Yes, the carpet here is grey but it has blue in it and therefore it seems to recede from the focal plane, whereas the red pushes upward toward the viewer. The result is that although the red is just as close to the carpet and the camera as the yellow, the red stands out more and this illusion contributes dimensionality to the yellow, also.

Lastly, the yellow to red spectrum of the two sweaters include the skin tones of the two women; in combination with the grey-blue carpet this emphasizes their faces in the frame.

Great work from someone who is clearly an astute image maker.