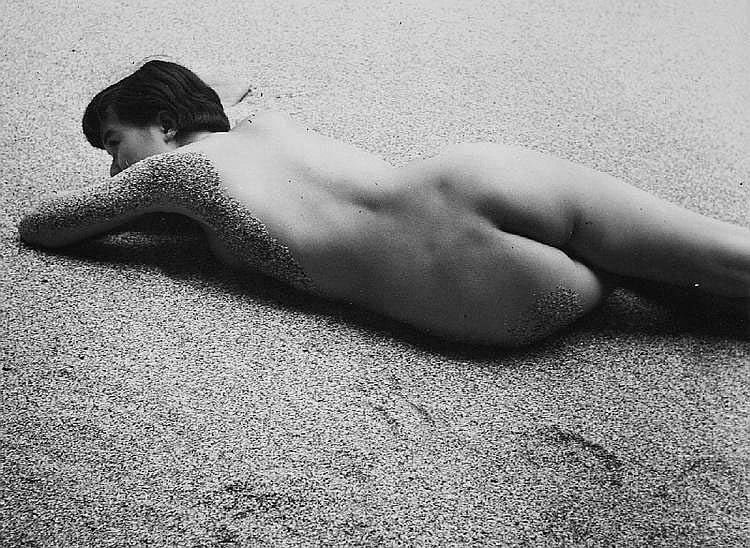 Yoshiyuki, it seems, was a sake magnate who upon being gifted a Kodak camera set out to document the so-called ama girls who harvested seaweed, shells, oysters and abalone from the cold waters off Japan’s Pacific coast.

This photograph is atypical of his work which frequently featured candid shots of topless divers, water, sand and nets.

It was likely produced as part of one of his ill-advised forays into the fine art nudes. Unlike those awkward, overly self-conscious dalliances re-staging previous scenes in an effort to transform immediacy into technical rigor, this manages to encapsulate Yoshiyuki preoccupations in a manner which transcends the context of its creation and becomes at once somehow both timeless and deeply resonant in its uncomplicated humanness.